Tip: This is how you use Spotify Canvas

After a long testing period Spotify Canvas - the option to add very short movies to your Spotify tracks - now available to anyone with a Spotify for Artists account.

Spotify itself explains in this video how Canvas works:

More information about Spotify Canvas can be found at canvas.spotify.com.

Google has been planning its platforms for several years Google Play Music en YouTube Music integrate with each other. Google Play Music is expected to disappear as a streaming service and YouTube Music to become the default streaming app for music and music videos. Those options now exist side by side and in addition, releases sent to YouTube Music also appear on the regular YouTube site in the form of static 'clips' with the artwork of your release and the music underneath.

In early April, Google added, without any advance warning, a large number of releases previously available only on Google Play Music to YouTube Music and YouTube. Although they do not provide much information about it, it seems that the next step has now been taken to phase out Google Play Music as a streaming service.

Did your releases unexpectedly appear on YouTube and YouTube Music in early April? Then the above is the reason. Do you want your releases to be removed here? Of course they can, but they are also automatically removed from Google Play Music. You generate revenue with streams on YouTube Music and the number of users is also growing fast, so in that respect, our advice is to simply leave your releases here.

As soon as we know when Google Play Music will disappear permanently, we will report it here immediately. From now on, you should at least keep in mind that releases you send to this platform will automatically appear on YouTube Music, even if you don't explicitly check the latter option during checkout.

Are you not yet familiar with YouTube Music? Check the apps for iOS en Android and the web version.

You will find an up-to-date overview of all platforms where we can place your releases here.

His album “My favoriteHas already been streamed more than ten million times on Spotify. We are therefore very curious how the new single from Raymon Hermans is going to do it. You can find it from today on all known platforms.

The Flemish rapper is doing well Wouter: the EP “WHQ, Which was released at the end of December, now has more than 50.000 Spotify streams. Today the clip was released with the track “Excuses”, a production of none other than Esko.

New video: Robin Borneman - Love Shall Be My Song

Robin Borneman announced last weekend the release of the third and final installment of his Folklore Trilogy: “Folklore III: The Cradle Tree” will be released February 22nd. The release show is in the same evening Sleeping Beauty in Nijmegen. The first single from the album can now be found on all known platforms.

In January 2019, “A Love Brand New”, the new album from Iodymoon. As a taster you can already enjoy the single and accompanying video of the same name. This can of course be found on all known platforms.

Today “Wild Side” was released, the new single from the South Limburg band Austin Leaves. In addition to the members of Austin Leaves themselves, various acquaintances from the Limburg pop scene appear in front of the camera in the accompanying video. You will of course find the single on all known platforms.

New video Ashi Pharaoh: “Between Us”

Ashi Farao today dropped the video for his new single “Between Us”.
Check it yourself YouTube or listen via Spotify. 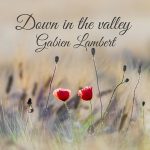 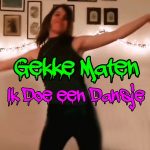