New video Erik Mesie: “I want to be with you”

Singer Erik Mesie became known in the early 80s as the face of the Dutch-language band Toontje Lager. After the break-up of that band in 1986, Mesie continued solo. This week he is launching his latest single: "I want with you".

You find “I want to be with you” Spotify, Apple Music and the other known streaming services. The online distribution is provided by WM Digital Services.

Want to offer your music on all major online platforms? Create an account without obligation or mail info@wmdigitalservices.nl .

The Dutch death metal band Dauthuz launched the new single and video “Dying Breed” last weekend, which comes from the band's upcoming debut album. You will find “Dying Breed”, with guest vocals by Marloes Voskuil, op Spotify and the other well-known online platforms.

The Limburg band Barushko today launched a video for the song “Bieje in de Kop, Meneer”, taken from the EP “Aom” that was released earlier this year.

You will find “Aom” on Spotify, Apple Music and all other major platforms.

The Limburg band Crazy Cult Roadshow is doing well: the foursome was selected for Popronde 2016 and the long-awaited second EP will be released next Monday. As a foretaste you can already get acquainted with the track “Big Trouble In Fuckin 'M Town”.

Online distribution of Crazy Cult Roadshow's “EP II” is provided by WM Digital Services. Your new single or album also worldwide on the major download and streaming platforms? Create your account here and get started right away!

Tip: the best promotion of your release

When planning and promoting your new single or album, there is a lot more to it than posting a nice message on Facebook and Twitter. Jasper van Vugt (journalist, teacher Herman Brood Academy) gives some useful tips in the video below:

Also read our own five tips for online music distribution.

Do you want to know more about a good release schedule? your releases on iTunes, Spotify, Deezer and all other platforms? Mail without obligation to info@wmdigitalservices.nl.

On February 3rd, “La Mue, La Mort” was released, an album by the Amsterdam resident Fusée Dorée. A nice video was released today with the track “Get More” from that album.

After saying goodbye to the band MADI named her earlier that year, Madi Hermens released her 2015 in October. first solo EP from: “Parallel Universe”.

A beautiful video clip has now been released for the song “Here Comes the Bride” from that EP. Madi also announced today that she will return to the Pinkpop Festival on June 11, after five years, to play in the 'Garden of Love'.

You can find more information about the new names that Pinkpop has added to the line-up here..

In July 2010, singer Toni Willé, known from the successful Dutch band Pussycat, gave a performance in Suva, the capital of the Fiji Islands. The concert was recorded by a local TV station. All Pussycat hits are shown in the show. Toni is very proud of this overview of her career and there was a great demand for the recordings. After being late last year already three albums van Toni, it was decided to also make these TV recordings available online.

“Golden Memories Tour, Fiji 2010” can now be found at YouTube. 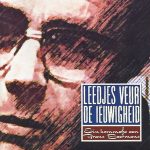 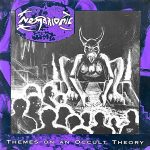