Where can I find my invoices?

Invoices for your distribution orders can be found on the 'order invoices' tab under 'my account'.

When you are logged in, you can also go directly to this link:
https://distributie.wmdigitalservices.nl/user/invoices

How do I request a royalty payment?

When you are logged in, see via 'sales' -> 'balance' which amount can be collected. You request a payment via the 'request outpayment' button. If the button is not visible, there is not yet enough funds to request a payment.

You decide whether you want to have the full outstanding amount paid out, or a part thereof.

Accumulated royalty credit can also be used to pay for new releases.

On the page 'royalty updates'you can see whether a particular store has already reported for a certain period.

I don't see any royalty data in my account yet. How is that possible?

The information about sold downloads and streams is not displayed in real-time: it takes some time for stores to submit their reports. This usually happens about six to eight weeks after the end of a month.

Example: your release appeared online in January and has since actually been downloaded or streamed. You will then see the first royalty information in your account during the course of March. In the first instance you see an estimate of the amount to be received. After a while this will be replaced by the final statement.

Keep in mind that not all platforms report at the same time and with the same speed.

On the page with royalty updates you can see if we have already received reports and payments from the stores over a certain period.

TIP: Sign up for Spotify for Artists to quickly get comprehensive information about how your releases are performing on Spotify.

How are my royalties paid?

Royalty payments are made by bank or via PayPal, after you have indicated via your account that you want to receive a payment.

If you do not have a PayPal account, you can open it for free via PayPal.com. You can easily transfer amounts you receive via PayPal to your own bank account.

Do you not have a PayPal account and do you not want to use one? No problem, we will pay your royalties by bank. In that case, make sure that we have your current bank details. 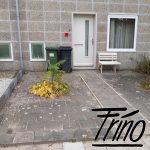